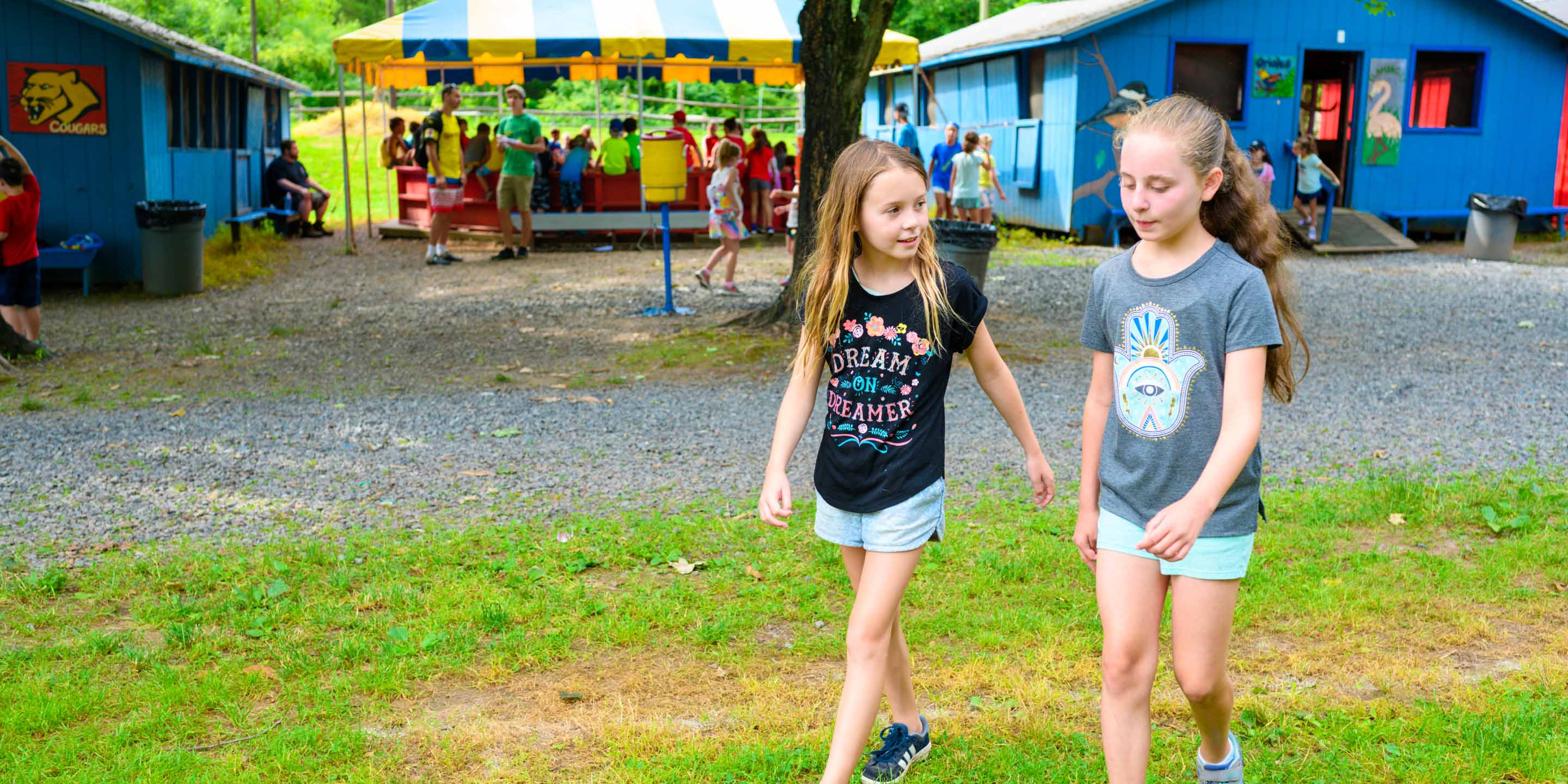 Check out our latest Briarwood Bugle! You can read it below or see it in glorious color and with photos here.

From Mike and Matt
Time flies when you’re having fun! We had another great week—the Busy Bees put on an UNBELIEVABLE show, the CITs loved New York City, Carnival with our new amazing elements (Bungee Harness! Massive Inflatables!) was awesome, the Super CITs enjoyed the Dave & Busters, Lower Camp and Upper Camp did their thing (actually — they did a TON of their things) and now all the camp has left is Color War (Go Gold Fire! Go Blue Ice!), Briarwood’s 34th Birthday Celebration, Busy Bee Graduation, the Drama Show, the Gym Show, the Campwide Epic But Totally Optional Wiffle Ball Tournament, Tie Dye Tuesday, Mystery Day, the CIT/Super CIT Dance and on and on . . . Until next week! – M&M
Important Dates

The Buzz with the Bumblebees by Ashley Levy

Welcome to the Beehive, Briarwood! The Bumblebees have been buzzing around camp and having a blast these past six weeks. We have a whopping five campers in the drama show, and another seven campers in the gymnastics show. Our other three campers have bounced around in other clubs such as art, mini-golf and gaga. As a whole, I think it is safe to say that the Bumblebees’ favorite activity is “counselor bowling” a brand-new game at camp.
In our bunk, we have many high-level swimmers such as: Juliana, Sierra, Alyssa and Lily. We have learned that Gemma has amazing push-up form and that Dani can bend in half (she may also be an alien…) Delilah is super competitive, especially in gaga. Elle and Addison are our monkeys on trees (that is, if our JC Brooke and I were trees) and Addison is our athletic superstar. Lily will always be the 2019 Bumblebee Mini-Golf Champion. Joely is great at archery and is always volunteering to help. Last but not least, Brynn and Madison are so compassionate, and the Bumblebees know that we can always count on them!
This summer has been amazing, exciting, and so much fun—we can’t wait for the next two weeks with this special groups of girls.

COLOR WAR IS ON!
BLUE
Ice
VS
GOLD
Fire

This week Briarwood held its awesome annual 3 on 3 Basketball Tournament. Sixteen teams named for different colleges competed for a shot at the title. When it was all over, Gonzaga beat Michigan and took the championship. Winning team members were Matt, Sy and Taylor. Sy sealed victory with the winning shot! Congratulations to all who participated. With two weeks left, Briarwood is not done with its big, inclusive sporting events. In addition to Color War next week, Week 8 brings the Wiffle Ball Tournament, the Briarwood Marathon and lots more!

MEET EVEN MORE OF OUR WONDERFULLY AMAZING STAFF!
Can you believe it? We have even more senior staff members that have not been profiled in the Briarwood Bugle.

SHANE SLIVINSKI joins the Briarwood family as a Super Utility Professional for Every Responsibility (SUPER). Shane, a student at Kutztown University, plays lots of volleyball during the off season. His favorite thing about Briarwood is the friendly kids and staff. People will be surprised to learn that Shane has friends from 7 different countries.
MEGAN BLAUSTEIN is loving her first summer at Briarwood Day Camp. Megan is a Super Utility Professional for Every Responsibility and can be found helping out all over camp. Megan is a student at University of Virginia. Megan likes to spend time running, horseback riding and having fun with her friends. If she could travel anywhere she would go to Italy.
SAM FREILING is celebrating her first summer at Briarwood Day Camp. Sam can often be found having so much fun at New Games. During the off season Sam is a student at Widener University studying Nursing. If Sam were an animal she would be a giraffe. Sam has interned as an EMT.