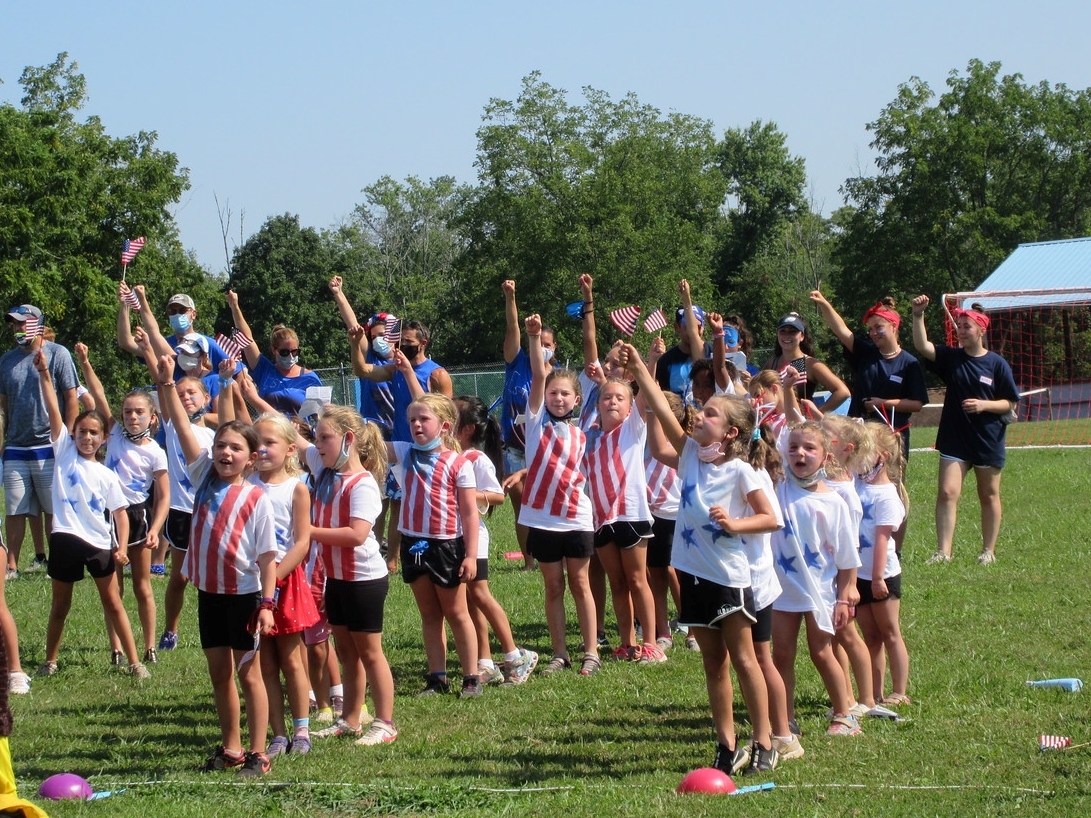 Color War! Campers can’t wait for it. Staff count down the days. At most summer camps, Color War is much a part of camp as sunny days, smiling faces and free swim.

For those who went to camp years ago, just hearing the words “Color War” bring a wistful smile and great memories. For those who didn’t go to camp, Color War can be a strange, abstract concept and it can be difficult to understand what all of the fuss is about. So let’s explain!

What Is Color War

A Color War is when a camp splits its campers into two or more teams for a few days of all-camp friendly but spirited competition. Generally, but not always, camps divide into colors (Blue / Gold, Maroon / Gray, Green / White) – hence the name Color War.

Really, though, you don’t need teams to be split into colors to have a Color War, nor do you need only two teams. The key is that the camp has been divided and that special events will happen as part of a big overall competition. Some camps have more than two teams. Some camps don’t use colors. Some camps put their staff on teams, too (other camps don’t). Some camps call Color War by a different name. However you slice it, if you’re dividing the whole camp into teams for a few days of in-house competition, we’re calling that Color War.

Each camp’s Color War will differ a bit from another camp’s. Typical characteristics of Color War include all camp events such as a camp-wide relay race, a large swim meet, some goofy, entertaining events and a Songfest. As we said, Color War usually occurs over several days.

Importantly, after Color War ends, usually with a big event (most camps end with Songfest – and even the most tone deaf and anti-performing arts campers look forward to Songfest), the camp consciously acts together with its staff to help campers put any remaining competitiveness aside and re-form as one, big, happy camp.

Color War is wildly popular at Briarwood Day Camp. For five days, camp is split into the Blue Team and the Gold Team. All campers – from our Busy Bee preschoolers to our CIT and Super CIT teenagers – are thoughtfully preassigned to one team or the other, with an eye to fairness, harmony and fun.

THE COLOR WAR BREAK
Most camps try to start Color War with a surprise to the whole camp. A Color War break might happen at an all camp event that is surprisingly interrupted or items may drop from the sky or something else might happen that is similarly dramatic.

At the break, the kids are always very excited. The captains and themes are revealed. The campers learn their teams. We’re ready to go!

At Briarwood, Color War events are a mix of the usual – soccer games, basketball games, swim races – with the unusual – fishing contest, Busy Bee lollipop hunt, trivia questions read over the camp’s PA system and more. One of Briarwood’s signature color war activities is an all camp, all ages relay race with events that include some campers running while holding unwieldy sports equipment, others filling jugs of water on a junior counselor’s forehead and still other campers in a line passing a ball over their heads and then through their legs and more. All of these events are great fun and our staff works hard to keep these events competitive and friendly.

Briarwood’s last day of competition is Songfest. The entire camp gathers and each team presents songs and dances (click here for a snapshot) to our distinguished panel of judges (and the many alumni who come back to watch every year).

Each team decorates the performance space in a way related to their team (think of a “Give Hugs Not War” sign for the Blue 60s team or a big dinosaur for the Gold Jurassic team).

The Busy Bees – Briarwood’s cutest – go first. Each team sings their song and then retreats to the shade with Ring Pops to sit quietly and watch the remaining events.

Next are our 1st through 4th graders. They sing two songs each – their team’s fight song and their team’s alma mater (they learn these songs during the Color War week). Our campers absolutely BELT out these songs with lyrics written to the tunes of popular songs by our staff. The songs emphasize both that they intend to win Color War and that, when Color War is over, we’ll all come together again as one camp.

Finally, it’s time for our 5th graders and up plus staff for the Dance (no one is forced to dance but just about everyone chooses to participate – even the boys who at the beginning believe that they have two left fee and are not interested). In a week, it is AMAZING what our campers and staff can put together and do! A great time is had by all.

When the winner is announced, people hug, high five and jump around. Winners and losers congratulate each other, embrace and smile. We turn on music and have a dance party. The campers grin from ear to ear and camp gets back to its wonderful routine.

And everyone has Color War memories that last a lifetime.

Interested in learning more about Briarwood Day Camp, Color War or other camp traditions? Call us at (215) 598-7143. We love to talk about camp!